In 1835, a railway between Moscow and Nizhny Novgorod was first considered. This line wasn’t completed until 1862. Four passenger trains made the trip in fifteen hours. Nowadays, the highspeed Sapsan train has cut down the time to under four hours. As many as twelve trains operate on this line, some taking up to nine hours to reach Nizhny Novgorod. The same services run the opposite direction. A few trains continue past, and passengers must disembark at Nizhny Novgorod. A full description of train offerings follows below the history and inventory of the many sights that lie on this route.

Sights on the Moscow to Nizhny Novgorod line 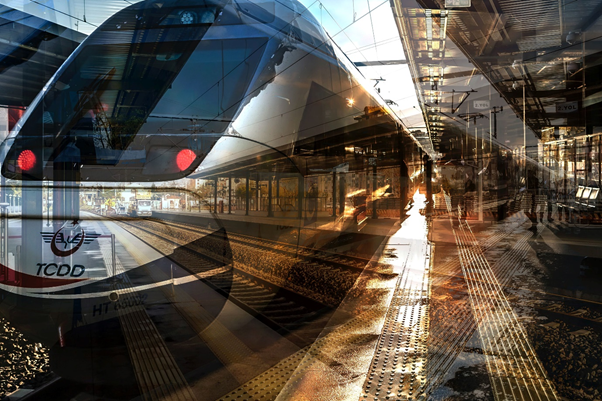 Vladimir is one of the most famous ancient Golden Ring cities. Founded in 1108, it has a long history. In medieval times, it was a seat of cultural and political action. Many landmarks were built during the lengthy reign of Vsevolod III in the 12th century.

Pavlovsky Posad:  Pavlovsky Posad’s history dates back to the 14th century. Architectural sights include the Bell Tower of the Resurrection Cathedral, the Church of the Ascension and Pokrovsko-Vasilievsky Monastery. For a change of pace from seeing architectural and historical sights, Russia’s quintessential Pavlovo Posad woolen shawls have been made here since 1975.

Nizhny Novgorod: The final destination on this line was founded in 1220. More than 600 unique sights await travelers here. These include Archangel Cathedral and the Grand Kremlin. Pokrovka street is a great place to stroll along and take in your surroundings.

Trains Operating on the Moscow to Nizhny Novgorod line 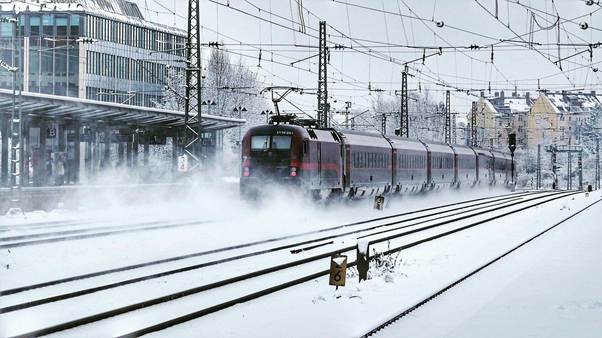 #061/062: One of the non-branded overnight trains on this line is the #061/062 train. It has three classes of carriages. First Class includes a two-person compartment, a meal and entertainment. Second Class is setup for four passengers, a table and plugs. Some have small TV’s. Third Class is an open-plan and doesn’t include sheets or other amenities.

Lastochka: These trains are high-speed electric German trains designed for the Russian climate. They run daily and usually make the trip in four hours. Train sizes vary based on the popularity of that travel time. It was designed to withstand the Russian cold.

Nizhegorogets: Operating daily between Moscow and Nizhny Novgorod, it makes the trip in between six and seven hours. The train has three numbered classes. First class has a TV and locks on the doors. The two upper classes offer hot meals, travel sets and magazines. A restaurant with a wide variety of options can send meals to your cabin.

Sapsan: Sapsan Moscow to Nizhny Novgorod is a great option for the money. The fastest train in Russia, the Sapsan can reach 250 km/h. It’s named for the peregrine falcon, the fastest animal on the planet. There are a variety of class options to meet the needs of different parties and budgets. Passengers can surely achieve a return on the price of their train ticket that will make for the best trip for the whole party. Some classes of Sapsan trains have WiFi and can book additional travel or accommodation for you.

First Class cabins are spacious. The seats have all the bells and whistles of a recliner in your own living room. Business Class is only a little less spacious. Both Business and First class offer hot meals, entertainment, newspapers and magazines. Economy Class still has adjustable seats and audio and video programs. Economy+ Class offers hot meals. Passengers booking early can also reserve a private, well-equipped meeting car, whether they are on official business, or just want privacy and space. While the old Russian train experience was an overnight train, it quickly switched to a speedy ride on a Sapsan train.

Strizh: The Strizh is another highspeed train running on electricity. Its name means “swift.” These trains make as many as seven trips each day. It stops in Vladimir and Dzerzhinskaya. The total travel time is about three 3 hours and 35 minutes. The classes are VIP, First and Second classes. Between the bistro car and the restaurant car, eating should not be a problem. Each car sports AC, individual lighting and sockets. The toilets are vacuum style, like most airplanes. Security officers patrol the cars.

Tomich: Tomich is a train that runs every two days on the Moscow – Tomsk line and stops in Nizhny Novgorod. It leaves Moscow on even days of the calendar and from Tomsk on odd days. It offers a restaurant carriage. The classes are second and third.

Volga: Volga is branded and also goes by No. 059. It’s been in operation since 1976.  It has three classes, from first to third.  First class is meant for two people to sleep and has a table. Third class is on an open plan, accepting up to 54 passengers.

No. 011/012 Yamal: This branded train has been running to Novy Urengoy since 2003, the total duration of which is a whopping sixty-seven hours. It connects Northern Russia with several big cities. “Yamal” means “the end of the Earth” in the Nenets language.